The hottest men can be found in the most unlikely places. Tiny towns miles from the normal singles hunting grounds but whew those small towns offer more than natural beauty.

A single Dad. A personal ad. What could possibly go wrong?

When Seattle journalist, Amanda McKendrick, pitches a new story about the increase of bear attacks in Sitka, her newspaper sends her north for two weeks. While there, she answers the personal ad of single dad, Luke Kingston, looking for a little no-strings-attached fun to pass the time.

But the sweet, widowered father of three—who just happens to be a smokin’ hot state trooper—turns out to be a lot more than Amanda bargained for. As the days go by, she wonders if it’ll be possible to return to Seattle without leaving her heart behind.

An emotional trip filled with laughs and feels. Amanda and Luke are great characters who have to navigate how to make something so great work when the obstacles between begin to climb.
I guess hot single dads hide out in Alaska, the one place I never looked when I was looking! Kind of a sex and the single dad with a wonderful plot and twists but the best is dealing with finding a love you’re willing to turn it all upside down for. Plus enough drama to keep you gasping and it fits seamlessly into the story.

A wonderful bask in the sun or snuggle by the fire type read you don’t want to miss. 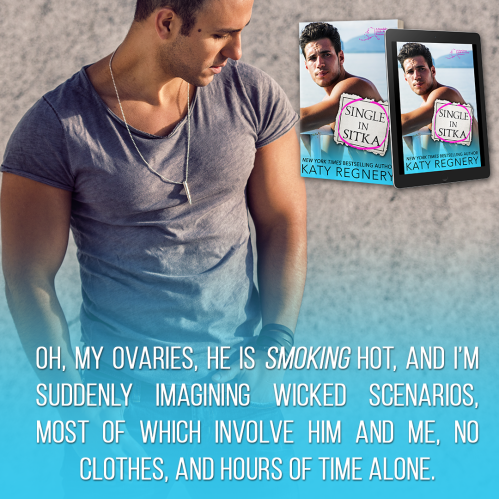