Title: Fragments of Ash, a modern fairytale (inspired by ‘Cinderella’) 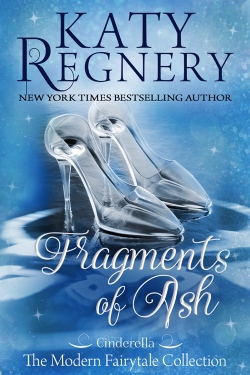 My name is Ashley Ellis…

I was thirteen years old when my mother – retired supermodel, Tig – married Mosier Răumann, who was twice her age and the head of the Răumann crime family.

When I turned eighteen, my mother mysteriously died. Only then did I discover the dark plans my stepfather had in store for me all along; the debauched “work” he expected me to do.

With the help of my godfather, Gus, I have escaped from Mosier’s clutches, but his twin sons and henchmen have been tasked with hunting me down. And they will stop at nothing to return my virgin body to their father.

** Contemporary Romance. Due to profanity and very strong sexual content, this book is not intended for readers under the age of 18.**

Fragments of Ash is part of the ~a modern fairytale~ collection: contemporary, standalone romances inspired by beloved fairy tales.

A very unique take on the classic fairytale. A riveting story of loss, survival, innocence and love. A twisted life is what was planned, what HE thought he was getting. He was wrong.

The releationship prgressed a little too quickly for my understanding and the way she grew up BUT it worked and I still had my heart wrecked by this story.

A little girl grown to be inferior must find her footing and her spine to survive or else she’ll become something much, much worse. Watching her come in to her strength is inspiring. Seeing Julian open and change is perfect.

You will stay riveted to these pages!

New York Times and USA Today bestselling author Katy Regnery started her writing career by enrolling in a short story class in January 2012. One year later, she signed her first contract, and Katy’s first novel was published in September 2013.

Katy’s first modern fairytale romance, The Vixen and the Vet, was nominated for a RITA® in 2015 and won the 2015 Kindle Book Award for romance. Katy’s boxed set, The English Brothers Boxed Set, Books #1–4, hit the USA Today bestseller list in 2015, and her Christmas story, Marrying Mr. English, appeared on the list a week later. In May 2016, Katy’s Blueberry Lane collection, The Winslow Brothers Boxed Set, Books #1–4, became a New York Times e-book bestseller.

Katy lives in the relative wilds of northern Fairfield County, Connecticut, where her writing room looks out at the woods, and her husband, two young children, two dogs, and one Blue Tonkinese kitten create just enough cheerful chaos to remind her that the very best love stories begin at home.