Hard to believe we said goodbye to July and Hello to August this week but THIS month is going to be hot, hot in more ways than one!

Check out all the NEW, DEALS, STEALS AND FREE READS at your fingertips right now!

Check out these great AMAZON deals! 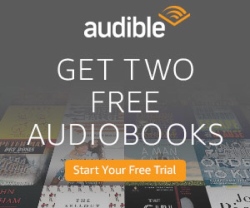 WHAT AM I READING?

So you know how there are 8 Badd brothers in Ketchikan Alaska? Well NOW there are three ripped, roaring cousins to add to the mix and Jasinda Wilder is starting us off with Badd Kitty. So far it’s soooo smoking hot, I needed new undies! IT’S LIVE RIGHT NOW!

THIS will be started this weekend and I can’t wait!!!

COMING FOR YOU IN SEPTEMBER!

YOU must read Rising and Reckoning FIRST!

MY RECOMMENDED READS FOR THIS WEEK!

Butterface by Avery Flynn is a feel-good, lol where the woman get her man but it a rough road to get there.

Someone Else’s Ocean by Kate Stewart, man if you only buy one book this week THIS NEED TO BE IT! OMG the feels, the life, the struggle..really sticks with you! I fell so hard for this book I sent it straight to the top of my BEST READS of 2018!

A great flirty fun beach read exclusively for you iBooks readers is Summer Heat by Rachel Van Dyken! A new trilogy starter from one of my favorite authors!

Playboy by Katy Evans is a full-on dose of hot and be ready to go all in and bet the house with this poker playing book boyfriend!

READS TO BE ON THE LOOK OUT FOR THIS WEEK!

It Seemed Like A Good Idea At The Time by Kylie Scott is a second chance bundle of back and forth I LOVED!

Returning home for her father’s wedding was never going to be easy for Adele. If being sent away at eighteen hadn’t been bad enough, the mess she left behind when she made a pass at her dad’s business partner sure was.

Fifteen years older than her, Pete had been her crush for as long as she could remember. But she’d misread the situation—confusing friendliness for undying love. Awkward. Add her father to the misunderstanding, and Pete was left with a broken nose and a business on the edge of ruin. The man had to be just as glad as everyone else when she left town.

Seven years later, things are different. Adele is no longer a kid, but a fully grown adult more than capable of getting through the wedding and being polite. But all it takes is seeing him again to bring back those old feelings.

Sometimes first loves are the truest.

As Dust Dances by Samantha Towle is so beautiful and filled with angst and feels..I mean its a true WOW! Sometimes getting a do-over in life is one of the hardest things.

Once upon a time Skylar Finch was the lead singer of a hugely successful American pop-rock band. But fame made her miserable. When years of living a lie suddenly ended in tragedy, Skylar fell off the map.

Eighteen months later she’s sleeping in a tent in a cemetery in Glasgow, making just enough money to eat by busking on the streets. She manages to avoid recognition, but not the attention of one of Glasgow’s ambitious A&R executives.
Killian O’Dea works at Skyscraper Records, Scotland’s most successful record label. Raised by his uncle and owner of the label, Killian’s upbringing would have been devoid of affection entirely if it wasn’t for his loving sister. Killian is unflinchingly determined to bring the label more success than ever, and the young homeless woman who busks on Buchanan Street is going to help him do that. Her music speaks to him in a way he refuses to over-analyze. All he knows is that if it can touch his dark soul, it’ll set everyone else’s alight.

Skylar makes it clear that she doesn’t want to sign with him. But when she experiences the dangerous reality of a woman sleeping rough, Skylar has no one else but Killian to turn to. An undeniable connection forms between them. But Skylar doesn’t want the career Killian is trying to forge for her, and when her past comes back to haunt her Killian will be faced with a decision that could ruin him. He must either free Skylar from his selfish machinations and destroy everything he’s ever worked for, or lose a woman who has come to mean more to him than he ever thought possible.

All the NEW out there right now at your fingertips!

Pre-Orders for the week ahead!

A Date for Hannah — https://amzn.to/2AAtEHS

It Seemed Like A Good Idea At The Time by Kylie Scott — https://amzn.to/2LZroOx

Mixed Up Love by Natasha Madison — WATCH FOR LIVE ALERT