Happy day to drink green beer! OR if you despise beer like I do..just put a few green drops of food coloring in your wine…hee…hee!

May the luck of the Irish be with you today!

What is this Witch reading right now?

Recovered by Jay Crownover…I’m about half way into it and I’m totally addicted..completely and thoroughly entranced by this book and these characters…so many emotions and I think I’m headed for a derailing but I can’t stop. 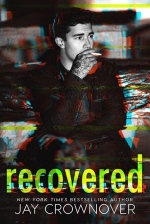 Now you can’t get this one until next week but you are going to want to remember this name & this cover. Watch of the live link on release day.

It was hate at first sight…

He was entitled, spoiled, a user…and an addict.

He was out of control and didn’t bother trying to hide it.

He had everything anyone could want but still seemed miserable and lost.

Every move he made, every mistake he stumbled his way through, rubbed me the wrong way. However, I couldn’t stop myself from trying to save him from himself when no one else would. In the sweltering heat of the summer, Cable taught me that having it all means nothing if you can’t have the one thing you want more than anything else.

I was obsessed with Affton Reed.

She was rigid, uptight, and no fun. There was something about her innate goodness that called to me.

She acted like she was above all the normal faults and failures that clung to the rest of us like the scent of smoke after a fire.

I was infatuated with her, but that didn’t stop me from acting like she didn’t exist.

In the scorching heat of summer, Affton taught me that there is always a way back from the brink of despair. She showed me that the trick to having it all was realizing that it was already there, in my hands. All I had to do was hold onto it.

The road to recovery is full of twists and turns no matter who is in the driver’s seat.

As a thank you to everyone who follows this blog….I have your first look at the cover for the next read coming from Author Billie Dale!

PLUS because your a Witchy Subscriber you can grab this Never After preview before anyone else! For YOUR eyes only! 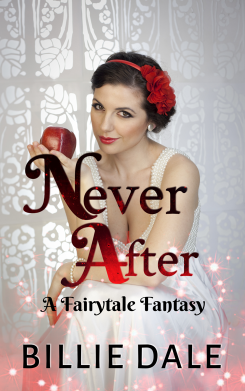 When I walked down the aisle all those years ago, I thought I was about to begin a fairytale romance…

Boy, was I ever wrong.

Now my would-be Prince Charming is doing a stint behind bars, and my two kids and I have been dropped on our butts at the one place I never wanted to see again – the home of my witchy, bitchy, poisoned-apple-giving Wicked Stepmother.

I’ve got to get my kids and I out of there, before she goes back to her old tricks. But it’ll take more than the money I make as cleaning lady to the seven messiest brothers in history…

But then Elsabeth Delle bursts into my life like a winter storm – with an idea that might get both of us damsels out of our distress.

It starts with a bed, a webcam, and the promise of safe, sanitized anonymous cyber-sex with whichever Internet strangers are willing offer up their golden coins.

What could go wrong?

He seems almost too good to be true – all radiant green eyes, perfect scruff and a body that’s just made for sin. Even better, it doesn’t take a magic mirror to tell me he thinks I’m the Fairest of Them All.

I’ve got to figure out if this handsome hunk is my Knight in Shining Armor, or the Big Bad Wolf in sheep’s clothing; ready to eat me all up (and not in the good way.)

Or, as I’m starting to suspect, maybe he’s a bit of both…

Never After is a Snow White-inspired, curse-word infused bedtime story for adults only – exploring what happens when your fairytale “happy ending” is actually just the beginning…

Now let’s see what I recommend for you that is alive and kicking!

Well, there is Two Wedding Crashers by Meghan Quinn and Beck is positively epic! I mean he will rule your list of Book Boyfriends and 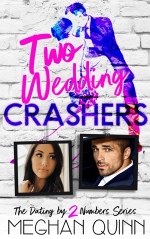 he’s very hard to beat! Hold on to you feels and your panties.

I don’t know what love is anymore.

Well, that’s not entirely true, but I’m going to tell you a little secret: I’ve lost the spark.

You know the kind of spark I’m talking about?

Where butterflies take flight in your stomach from two hands innocently colliding. Or catching your breath when you first meet someone attractive. Yeah, that spark. 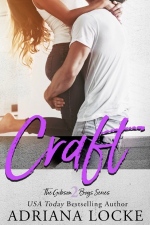 going to forget…hold on to you heart though cause he’s going to steal it and fill it with swoon!

They’re not quite enemies. Not really friends. More like frustrated balls of sexual tension and neither will give in.

Lance Gibson drives Mariah Malarkey absolutely crazy. He uses her office like a phone booth, takes cupcakes from the corner of her desk like she baked them just for him. She didn’t. Maybe she knew the history teacher happened to love peanut butter icing, but that was purely a coincidence. All sixteen times.

Did you love the 80’s and early 90’s? Well I recommend you read Remember When 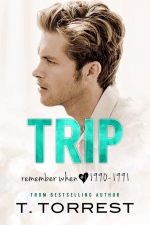 first then…well then you are going to want to read it from Trip’s P.O.V…a very fun read. Trip by T. Torrest.

Trip Wiley wasn’t always a Hollywood movie star.
In fact, he wasn’t always Trip Wiley.
Back in 1990, he was better known as Trip Wilmington, the new kid in town.
New place, new school… same old story.
No big deal. It’s not like this is the first time he’s been forced to start over.
But seventeen years of city living hasn’t prepared him for life in the suburbs…
or for Layla Warren.
Layla is smart, funny, beautiful… the kind of girl every guy dreams about.
Trip should know.
He’s been falling for her since the first minute he saw her.
And his life hasn’t been the same since. 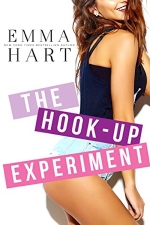 1.Hate-screw my high school nemesis.
2.Remember to hate him.
3.Prove my brother wrong.
It should be easy.
It isn’t.

As the owner of Pick-A-D*ck, New Orleans’ premier hook-up website, my job is simple. Connect two people for a no-strings, no-expectations hook-up. The plus for my clients is that I’m the one who gets to sift through the d*ck pics—except this time, they’re required. 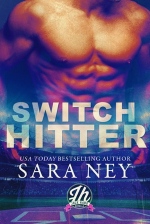 Switch Hitter by Sara Ney is a glimpse at what we have coming from her in her next series! It looks so, so very amazing!  PSST….it’s only $0.99!

I knew something was wrong the second she walked in the door tonight; I just couldn’t put my finger on what it was.

Except…I look harder.
At the small dimple beneath her lip that wasn’t there the last time we went out. And her laugh—that laugh isn’t as loud.

This isn’t the girl I’ve gone out with the past few weeks.
It’s her twin sister, and they’ve switched places on me.

Only I’m not quite ready to let them switch back.

Here is a look at everything that came out this week…

Back to the Start by Aly Martinez only $0.99

Pretty As A Peach by Juliette Poe

My Way Back To You by Claire Contreras

Taking It Slow by Jordan Marie

Get It On by J. Kenner

Where There’s Smoke by Kathy Coopmans

The Scars I Bare by JL Berg

Only You by Melanie Harlow

What He Doesn’t Know by Kandi Steiner

Let’s take a look at what is headed your way this week…it’s a little slow but be prepared cause next week is going to explode with new reads!

Kit Carlyle isn’t just some woman. Beautiful? Yep. Seductive? Damn straight. She’s also my best friend…and my co-worker. But, hell, I’m a guy with a pulse. Every once in a while, I take a look and think filthy things about her that maybe I shouldn’t.

But when her cousin dies and leaves her with a long as hell and sexy bucket list, Kit turns to me for a helping hand. What can I say? I’m a sucker for a woman in need. Besides, I’m damn sure not about to let another man steal away my girl, occupy her bed, or fill my shoes.

But as the stakes get higher and the items become hotter, I’ll have to face the toughest challenge of all: admitting I want more than Kit’s friendship. I want to make her mine.

Whiskey & You by HJ Bellus

The Prophecy by Jennifer L. Armentrout

Ok, ok…let’s get to the part you all really want to see! LOL!

Let me tell y’all..Bright Side is a book I think everyone should read and experience. It honestly gutted me but filled me with so much happiness before it did. Just hand over your heart cause it’s going to own it!