A great cheeky new read! He’s a little bit county and a tad rock and she’s all British! When their worlds collide it’s chemisty and sass mixed in with a whole lot of hotness!

When you add two strangers to a cabin, in the middle of a snow storm, the obvious happens…

When Essex lifestyle blogger and fashionista, Gracie Elliott crash lands into the life of Colorado mountain man Koa Carmichael, fists, chemistry and sexual banter ensue.  After sharing some sweet, emotional as well as laugh-out-loud moments, they find it impossible to deny that they might have just discovered what neither of them knew they were looking for.

CowSex, sometimes all you need is a little bit. 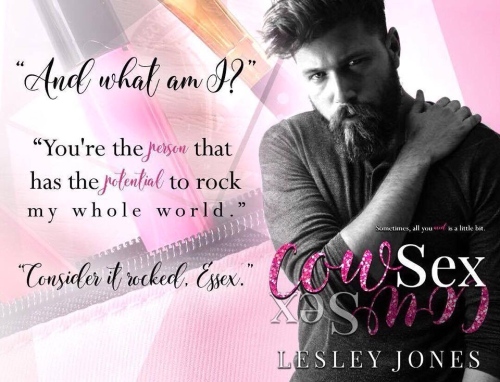 I was blown away with the beauty of this.  So funny and so real.  I love a page turner but more than anything I love feeling all churned up and not knowing what’s round the corner.

I will go on record and say this is my No.1 book of the year!  So funny I got a head, cheek and belly ache from laughing/smiling so hard…

When you wake up smiling then start laughing out loud just thinking about the scenes and the lines.  Yes this book does that.  One of funniest Books I’ve read this year! 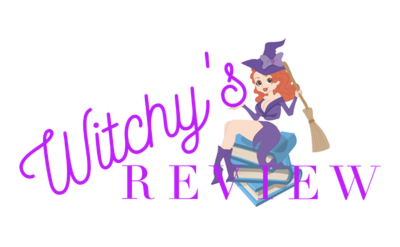 4 Witchy Stars of Witty fun with an awesome title!

I laughed out loud several times with the witty banter and shenanigans, a whole lotta fun with this one! Cheeky British humor mixed with all-American country boy.

His past is all kinds of messed up and she’s just wanting a refreshing escape. When their worlds collide, flirty fun ensues.

A light, sweet read about second chances and quick love.
Gracie is unique and I loved reading her dialogue. Koa will steam you up and maybe just maybe make you angry before he makes you smile. 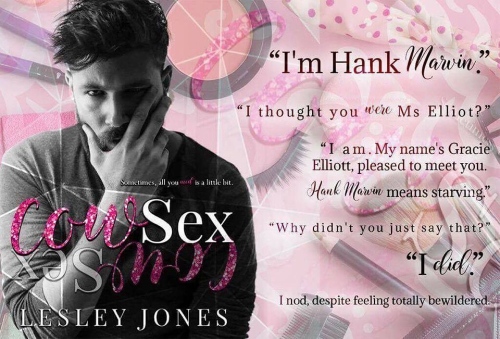 “He scoops ice out of a drawer in the freezer and wraps the tea towel around it before heading back towards me and placing his makeshift ice pack gently on the back of my wrist.

“Hold this in place,” he orders. I do as I’m told—with a lot of concentration, this is something I am occasionally able to do.

I continue to watch him as he repeats his movements from earlier, only this time he slides the ice pack under my wrist.

He then proceeds to retrieve what I assume are a couple of painkillers from a pack he takes from the pantry. He hands them to me, and I put them in my mouth before accepting a bottle of water he pulled from the fridge.

“You drugging me?” I question.

“Yep. They’re magic pills that stop you from talking, but they only work on beautiful girls. Not sure if you qualify.”

“Oh, and he’s a fucking comedian as well as a first-aider. What other skills can you impress me with, Cowboy?”

He scratches at his beard and gives his head a slight shake. “You have a smart mouth for a little-bit, anyone ever tell you that?”

“And you should quit with the cussing. It doesn’t become you.”

We stare at each other in silence for a few seconds, and I feel a bit mean for being rude. He didn’t have to help me out with my arm, but he did, and he did it with a gentleness that surprised me.

“So, where’d you learn the first-aid skills?”

“Played a lot of football, got a lot of injuries, learned how to fix myself up.”

“By football, I assume you mean that game where men wear lots of padding, run along carrying a wonky ball, knock other men out of the way until they reach a line, where they then proceed to throw down the wonky ball and score a point, or a goal, or something similar? Would that be the game you’re referring to?”

He folds his arms across his chest and leans back against the worktop opposite where he sat me.

“It would be the game that’s played something like the way you described that I’m talking about, yes.”

I nod and then shake my head. “Always puzzled me why you would call that football when so much of the game is played with the hands. The foot and the ball, rarely actually coming into contact.”

“Well, what would you call it?”

“Big men that are scared of getting hurt, so they wear lots of padding while they run, ball.”

“Now who’s being a comedian?”

That earns me a smirk, and I swing my legs while sitting on the worktop, basking in the satisfaction that I’ve almost made him smile.”

Lesley Jones was born and raised in Essex, England but moved to Australia in 2006 with her family.  Her first book, Saviour, was published in 2013 and she quickly gained a reputation as a writer of gritty, down to earth characters, involved in angsty and emotional plot lines.  Carnage, her third novel, has won a number of awards for ‘Best Ugly Cry’.  Her readers love the fact that she can switch her stories from hot and steamy, to snot bubble ugly crying, followed by laugh out loud moments, in the space of a few sentences.  She has declared that the very best part of her job is meeting her readers and has travelled the world a number of times over the past few years to do exactly that.  When not writing, she has admitted to being a prolific reader, getting through around four or five books a week.  She is a fan of trashy reality TV, listening to music, watching her son play football and enjoys a glass of wine… or three.