How was your week?

Did you see all the great NEW books that came out this week?

Let’s get started on everything that was new for this week in December!

OMG! K. Webster gave us an amazing read this week! This is a book that you go into blind..a book that you don’t want to know anything about in advance..you just have to TRUST the author to lead you down the right path. It is twisty in the great way that Mz. Webster is famous for and I think you will fall in love with these characters…can you figure it out before it’s revealed?

***THIS STANDALONE IS BEST ENJOYED WHEN YOU DON’T READ ANY REVIEWS OR SPOILERS BEFORE READING. GOING IN BLIND IS 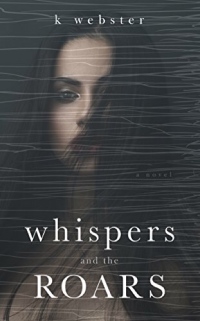 The darkness should frighten me.
I should worry I’ll find more monsters…monsters scarier than him.
But I’m not afraid.

It’s safe here.
When I’m inside of my head…

Warning:
Whispers and the Roars is a dark romance. Strong sexual themes and violence, which could trigger emotional distress are found in this story. The abuse written in this story is graphic and not glossed over which could be upsetting to some. Proceed with caution. This story is NOT for everyone.

Nina Lane gave us Evan Stone who will melt in your mouth and in your hand. He’s sweet and broken plus he is just the right amount of alpha. You will fall in love. 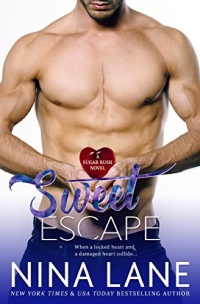 When dessert goes wrong…Hannah Lockhart travels the world and blogs about love. At least she used to before she promised to look after her sister’s bakery. Now, stuck in small town California for the next six months, Hannah is desperate to find romantic content for her blog or risk losing both readers and income.Then a whipped cream disaster sends her into the arms of sexy, charming Evan Stone, heir to the Sugar Rush Candy Company.Since childhood, Evan has been trying to overcome family concerns about his defective heart. Known as “The Heartbreaker,” he’s found an outlet with women. And when bad news strikes him, he seeks a diversion by offering to show Hannah the romance of the Bay Area.Hannah jumps at the chance…as long as they keep things platonic. But soon Evan’s hot combination of charm, perfect kisses, and a serious sweet tooth melts her defenses.As Hannah and Evan surrender to their delicious attraction, they are forced to confront the reality of her wanderlust and his heart condition. When love and hearts collide, can Hannah and Evan find their sweet ending?

Katy Evans gave us the last single man standing in her Manwhore Series…and Callan Carmichael is all kinds of hot…you will want to be on that terrace with him whether you are a smoker or not..actual after he is done with you..you may need a smoke yourself!

“I’m about to ask him if he’s serious but the look in his eyes stops me. He looks like he’s about to unwrap the greatest present Santa ever gave him. Life ever gave him. He looks like a starved lion about to eat his first meal in days. He looks like he is about to attack me. And I am loving every second of it. And I’m about to make him die for it. This is why you got the underwear in the first place, Olivia . . . who cares if it’s not red? He doesn’t seem to care. I try to pump myself up because I’m about to strip for this deliciously sexy man who is basically fucking me with his eyes right about now.” 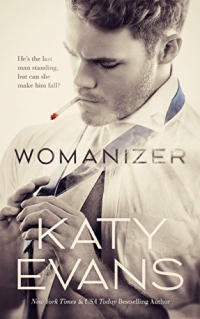 no other books in the series need to be read.

We were just two strangers. Facing a forbidden attraction, a chemical connection. Neither of us expected or wanted it to amount to more.
But I had never been drawn to a guy the way I was drawn to this one: my brother’s best friend, and CEO of the company where I interned.
Even knowing I should stay away, I proved to be too human, after all.
The chemistry was amazing.
The laughs were incredible.
I opened up to him in more ways than I’d opened up to anyone before.
But sex was as far as I’d go.
Just sex because he was too irresistible.
Just sex because I wouldn’t be falling for him.
Just sex because I’d leave in three months, and I’d like for my brother not to kill me, and for nobody to find out he was my wicked little secret.
He wasn’t the One.
He was just a womanizer.
But for a time, he would be mine.

Is this love or just a game? 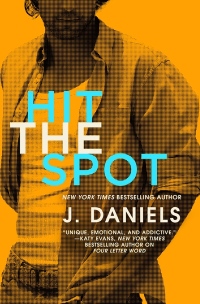 Tori Rivera thinks Jamie McCade is rude, arrogant, and worst of all . . . the sexiest man she’s ever laid eyes on. His reputation as a player is almost as legendary as his surfing skills. No matter how her body heats up when he’s around, she’s determined not to be another meaningless hookup. Jamie McCade always gets what he wants. The sickest wave. The hottest women. And Tori, with her long legs and smart mouth, is definitely the hottest one. He knows Tori wants him-hell, most women do-but she won’t admit it. After months of chasing and one unforgettable kiss, it’s time for Jamie to raise the stakes.Jamie promises that soon Tori won’t just want him in her bed, she’ll be begging for it-and he might be right. Somehow he’s found the spot in her heart that makes her open up like never before. But with all she knows about his past, can she really trust what’s happening between them? Is Jamie playing for keeps or just playing to win?

Make sure you get in on the holiday giveaways going on right now!