Book 1.5 in The Elevator Series 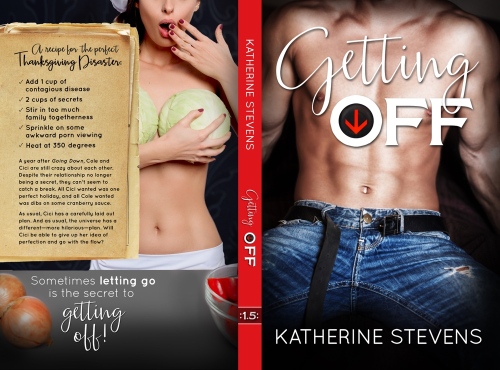 A recipe for a perfect Thanksgiving disaster:

Stir in too much family togetherness

A year after Going Down, Cole and Cici are still crazy about each other. Despite their relationship no longer being a secret, they can’t seem to catch a break. All Cici wanted was one perfect holiday, and all Cole wanted was dibs on some cranberry sauce.

As usual, Cici has a carefully laid out plan. And as usual, the universe has a different—more hilarious—plan. Will Cici be able to give up her idea of perfection and go with the flow?

Sometimes letting go is the secret to getting off.