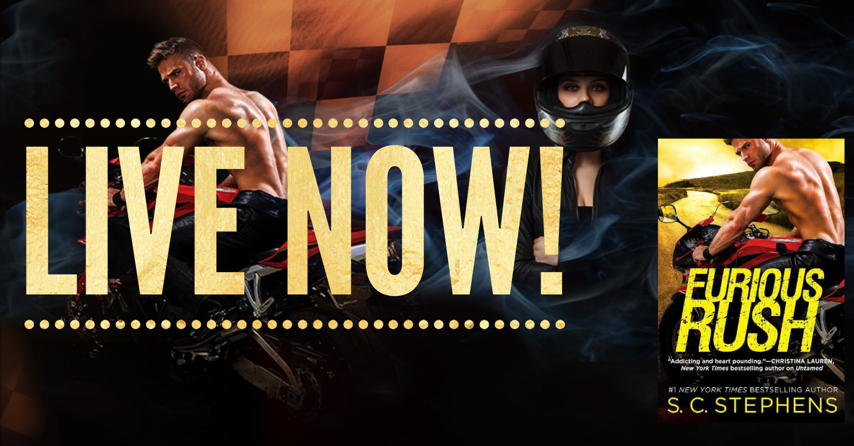 Are. You. Ready for a little fast and furious? 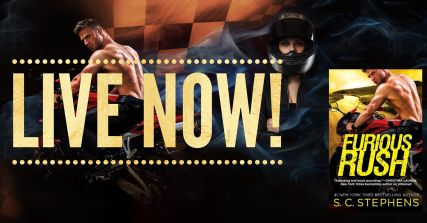 So ya know how SC gave us Kellan Kyle? Ok now she is handing us some fast, furious and hard motorcycle racers. A thrilling read full of heat , mystery and sexual tension. Rival race teams with a bad history. One bad ass female racer and one bad boy rider. A whole lot of forbidden hotness!
“The person who wins the race may or may not have the best bike or the best crew or be the most talented rider, but one thing they will have is absolute control over their emotions. Winning is about schooling yourself as well as your equipment.”
Hayden is a wonderous mystery wrapped in a hot package –> “I never said rules were stupid, sweetheart. If there were no rules…well, then, it would be impossible for me to break them”
Forbidden lust, want and need. Stolen moments. They provide each other with the drive they need to succeed. They make each other better. Something so very wrong is so very right. -> “Then, like some freaking Prince Charming is a fairy tale, he slowly removed his helmet and tucked it under his arm. I swear the air around me condensed as his tilted smile came into view. Jesus Christ, this guy was sex on a stick.”
Kenzie is strong and fierce. A woman who knows what she wants and is driven to get it. A great start to a new series and I can’t wait to see where the next book takes me.

Synopsis:
The first in an emotion-fueled, New Adult series from the #1 bestselling author of the Thoughtless novels.


Mackenzie Cox has a lot to prove. Daughter of a racing legend, she is eager to show the world that she has inherited her father’s 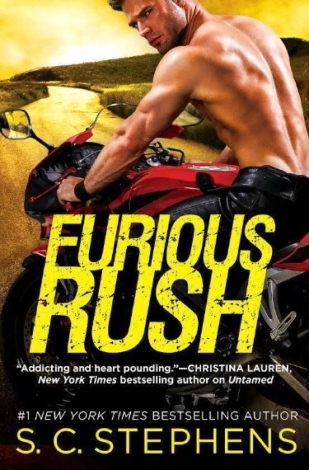 talent in the male-dominated sport of professional motorcycle racing. The last thing Kenzie needs is to be antagonized by her rival team’s newest rider, Hayden Hayes. Plucked from the world of illegal street racing, Hayden immediately gets under Kenzie’s skin. His insinuations that Kenzie is a spoiled princess who was handed her career fuels her desire to win, and much to her surprise, Kenzie soon learns she performs better when she’s racing against Hayden.

As Kenzie and Hayden push each other on the track, the electric energy between them off the track shifts into an intense–and strictly forbidden–attraction. The only rule between their two ultra-competitive teams is zero contact. Kenzie always does her best to play by the rules, but when her team slips into a financial crisis, she has no choice but to turn to Hayden for help. The tension simmers during their secret, late-night rendezvous, but Kenzie has too much to lose to give in to her desires. Especially when she begins to doubt that Hayden has completely left his street life behind… 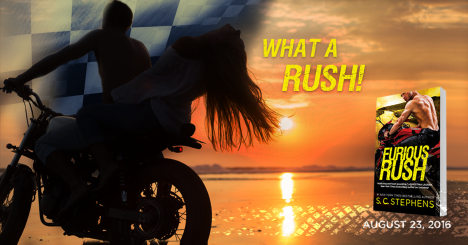 Excerpt/Chapter Reveal
A few hours later, after a mandatory dinner with my father and the crew, I was finally back at the hotel. Collapsing onto the bed, I wondered if I had ever been this exhausted in all my life. Trailing my fingers along the pattern sewn into the quilt beneath me, I debated shutting off the light and trying to make a genuine attempt to sleep; if I wanted it bad enough, I could make it happen . . . right? The light switch was so far away, though, and there was no way I’d be able to stop replaying the video of my slide out that was running on constant repeat in my head. Whether it was light or dark in the room didn’t matter if my brain was wide awake. It didn’t even matter that my limbs were heavy with fatigue and all of my muscles were tired and aching. My brain wouldn’t stay silent, so there would be no real rest for me….Finish reading HERE!

About the Author
S. C. Stephens is a bestselling author who enjoys spending every free moment she has creating stories that are packed with emotion and heavy on romance. She has been writing nonstop ever since the release of her debut novel, which received a great deal of praise from the literary world. In addition to writing, Stephens enjoys spending lazy afternoons in the sun reading fabulous novels, loading up her iPod with music to reduce writer s block, heading out to the movies, and spending quality time with her friends and family.
Stalk Her: WEB ~ FACEBOOK ~ TWITTER
Edited with BlogPad Pro