Resurrecting Her,
book 2 in the Revive Series by A. M. Wilson
Genre: Romance-Suspense

Marlena Aldrich
Travis is still out there. I don’t think I’ll ever be free.
He’s not going to stop until I’m his. Elias and Sin may be protecting me, but
I’ll never be safe. Not with all the secrecy and lies I’ve been told. But I
have a secret of my own this time, and it’s destroying me slowly from the
inside.
Elias Brooks
I made a mistake by exposing Marlee to my world, but I won’t
stop until I make it right. It’s too late to go back now. She’s mine. I’ll let
her unravel every thread. Disclose every single half-truth until I can breathe
life back into her. What’s done is done. I put her in danger before but never
again.
We made ourselves vulnerable with our carelessness. We’re
both to blame. When the threat comes to our doorstep, will we fight through it
together? Or let it tear us apart?

4 STARS of Suspensful Love!
I love that this one picked up right where book one left off..yes you must read book one or you will be lost.
Elias, ah swoon, he is the domineering alpha who is protective and strong but his love for Marlena is phenomenal. His love brings out the sweet and caring side to this alpha male!
Travis is still lurking in the shadows and seeing his tragic past breaks your heart but doesn’t excuse his actions. Plus there are other threats this couple must face. The past must be defeated.
Such an amazing conclusion to this couples story.
Plenty of action, plenty of love, lots of angst. Once you read book one you will want to read this one.
Other books in this series 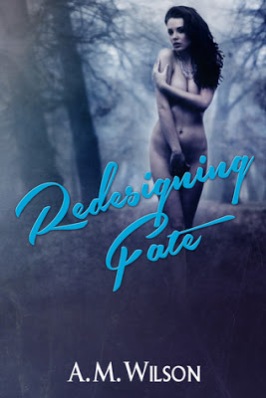 I left everything behind in order to be free. I should have
known better than to think it would be so easy. All it took was one day at my
new job.
He came for me.
I used a stranger to deter him, and in doing so, realized my
heart began to beat again. Elias Brooks put me back together after Travis
Dawson tore me apart. Travis makes it everybody’s business that I belong to
him, including Elias, but he couldn’t be more wrong.
He’s stalking me.
I’m afraid he’s come back to hurt me again. He promises he’s
not. Travis pleads he’s only trying to keep me safe from none other than Elias.

Who do I trust?
Fate led me down the wrong path before. Who’s to say it
won’t happen again? 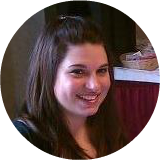 A.M.
Wilson fell in love with writing in second grade when she won a young writers’
contest. She spent the years following carrying around a spiral notebook, which
she filled with poetry and short stories detailing the dramatics of being a
young girl. When she hit her college years, she set the notebooks down and fell
in love with reading romance novels. She may have attended college four
separate times, in four different fields, but always knew in her heart writing
was her true passion. She grew up in Duluth, Minnesota and spent her summers in
the cold waters of Lake Superior, but relocated to the Twin Cities with the
love of her life and has two spirited children who make her world go round.