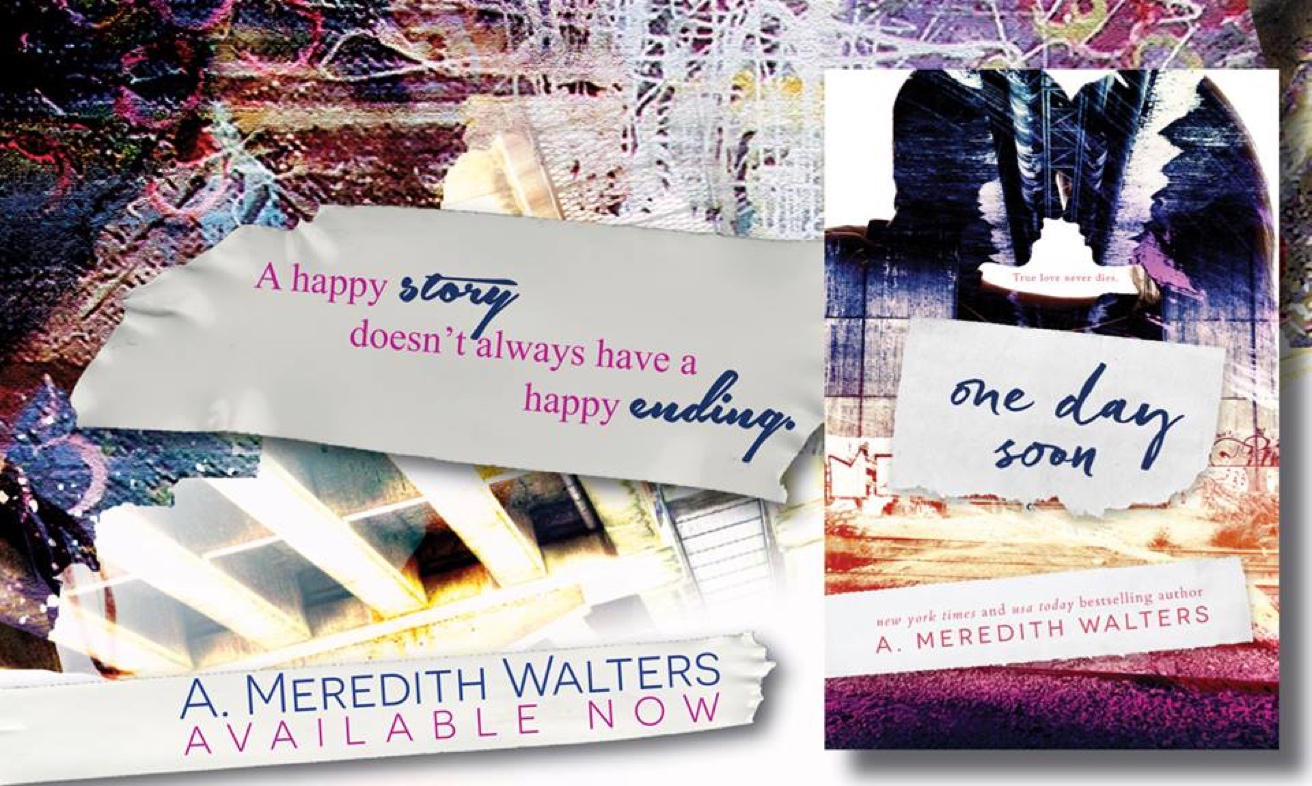 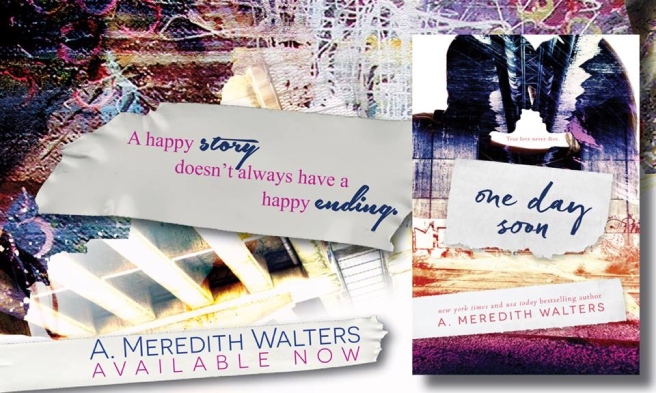 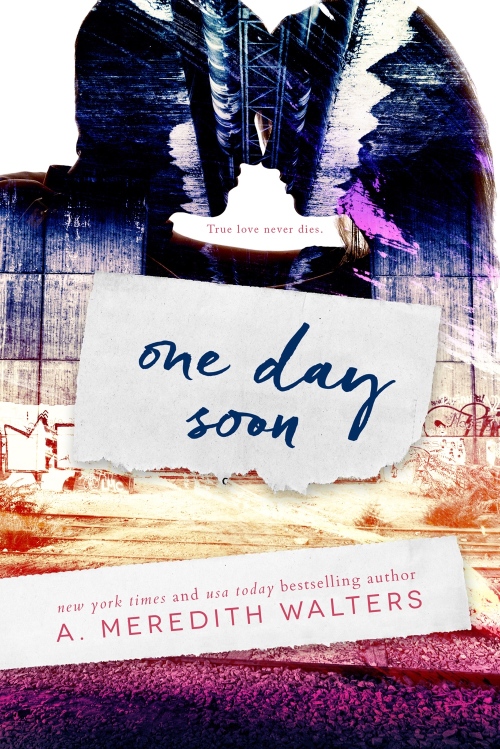 He found me in blood and tears.

I stayed with him through darkness and fire.

We loved each other in the moment between innocence and bitter truth.

We were the kids easily ignored, who grew into adults we hardly knew.

We weren’t meant to last forever. And we didn’t.

I tried to move on.

Yet I never stopped thinking about the boy who had fought to keep me alive in a world that would have swallowed me whole. He was the past that I buried, but never forgot.

Until the day I found him again, years after believing I had lost him forever.

And in cold, resentful eyes, I saw the heart of the man who had been everything when I had nothing at all. So I vowed to hold onto the second chance that was stolen from the children we had been.

Sometimes fate is ugly. Life can be twisted.

And who we are can be ruined by who we once were.

For two people who had survived so much, we would have to learn how to hold on before we were forced to let go.

4 Stars
I swear to you that A Meredith Walters carries your heart in her pocket when you read her books just waiting to smash it. Her words are so powerful that you are just waiting for the heart breaking moment to hit you. It really keeps you on the edge of your seat, reading as fast as you can to see what happens!

I took issue with Imogene in this one, she seemed like a spoiled brat. Her reasoning for ending up on the streets seemed a tad bit petty. That aside this book is MARVELOUS!
It bounces from past to present. Showing us the lives of an eclectic troubled group of young adults and what they must do to survive. Yoss is an amazingly moving character. The life he has to live is heart wrenching, I just wanted to grab him, wrap him in a warm blanket and keep him safe.
Imi has been a shell for the past 15 years. She goes through the motions but her heart was left on the streets all those years ago.
Second chances are amazing. But life is never that easy. When she finds Yoss again, there second chance may be shorter than either of them are prepared for.
Yoss’ POV at the end is phenomenal!!
Another wonderfully moving read from this amazing author!! 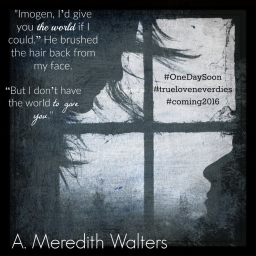 “Maybe I should tell you a story. It’s been a long time since I’ve done that. You always liked when I made up dumb stuff to get you to smile.” I chuckled. “The more improbable the better, right? So let me think of something completely unrealistic.”

I sniffled, wiping my wet cheeks. I hadn’t realized I was crying.

“Once upon a time there was a sad, lonely boy who was actually a forgotten prince. No one knew that he was rich and powerful and had a family that was searching for him.” I smiled sadly, wishing, more than anything, that this particular story had been true.

“One day he met a girl who swore that she would help him get back home to the castle. They fell in love. The prince wanted her to come back to the castle with him so they could live there together. They fought dragons and defeated ogres. They ran from witches and swam through oceans. And finally they found the castle. The prince’s family welcomed him home and he married his princess. And they lived happily ever after.”

I rested my forehead on the back of his hand, hating how cold his skin was. “You always loved your fairytales,” I mused, wishing he had been able to find his.

The hand in mine stirred and I bolted upright. Yoss’s face was contorted in pain, his eyes fluttering.

I got to my feet and reached for the call button so I could alert the nurse that something was wrong.

Then he let out a breath and his eyes opened. They were clouded and confused as they darted around the room, taking everything in.

I was rooted to the spot, not moving. He frowned and then winced when he tried to sit up.

“Uh, you shouldn’t do that. Take it easy,” I instructed, my voice shaking.

Then the wild, green eyes found me. There was no immediate recognition and I felt the crushing weight of disappointment.

He doesn’t know who I am.

His eyes were cold. So cold. Dead. He groaned as he lifted his hand to his face, touching the bandaged skin.

“Let me call the nurse. Your doctor will want to see you now that you’re awake—”

“Where am I?” he asked, his voice rough and hard.

It was a voice I had heard a million times in my dreams.

A voice I never thought I’d hear again. Not in real life.

“You’re at Lupton Memorial Hospital. You were brought in last night.” I didn’t give him any more details. I wasn’t sure he was ready for all that. He had just gained consciousness after all.

“The hospital,” he repeated. He struggled to sit up and hissed in pain at the effort.

“Seriously, you should wait and let me call the nurse—”

His eyes flashed in my direction and the cloud of confusion lifted as he speared me with a look that I felt in my bones.

His eyes widened and his mouth parted in disbelief.

I wanted to say something—anything—but my tongue felt frozen behind my teeth.

Yoss shook his head and closed his eyes. He let out a noise that sounded a lot like a sob and my heart knew the sound of pain when it heard it.

When he opened his eyes again, they were wet. Long, dark lashes spikey with tears that refused to fall.

A hundred memories arched between us. A thousand words spoken softly in the dark.

His lips curved upwards into the shadow of a smile that I remembered and loved so much.

“Imi,” he said again, a tear traveled the length of his cheek and dripped off his chin.

“It’s me, Yoss,” I said finally, forcing myself to speak.

Our eyes met. They held.

They clung and they devastated.

Fifteen years had passed but none of that mattered.

In that instant we were kids again. Remembering a time when, to each other, we were everything. 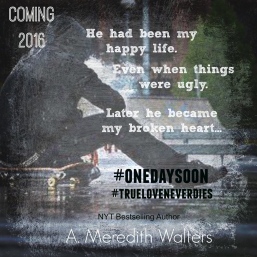 the Dark and Bad Rep series as well as the upcoming stand alone romance, Reclaiming the Sand, and a dark new adult series for Gallery Books.

A. Meredith spent ten years as a counselor for at risk teens and children. First working at a Domestic Violence/Sexual Assault program and then later a program for children with severe emotional and mental health issues. Her former clients and their stories continue to influence every aspect of her writing.

When not writing (or being tortured with all manner of beauty products at the hand of her very imaginative and extremely girly daughter), she is eating chocolate, watching reality television that could rot your brain and reading a smutty novel or two.

A. Meredith is represented by Michelle Johnson with the Inklings Literary Agency.